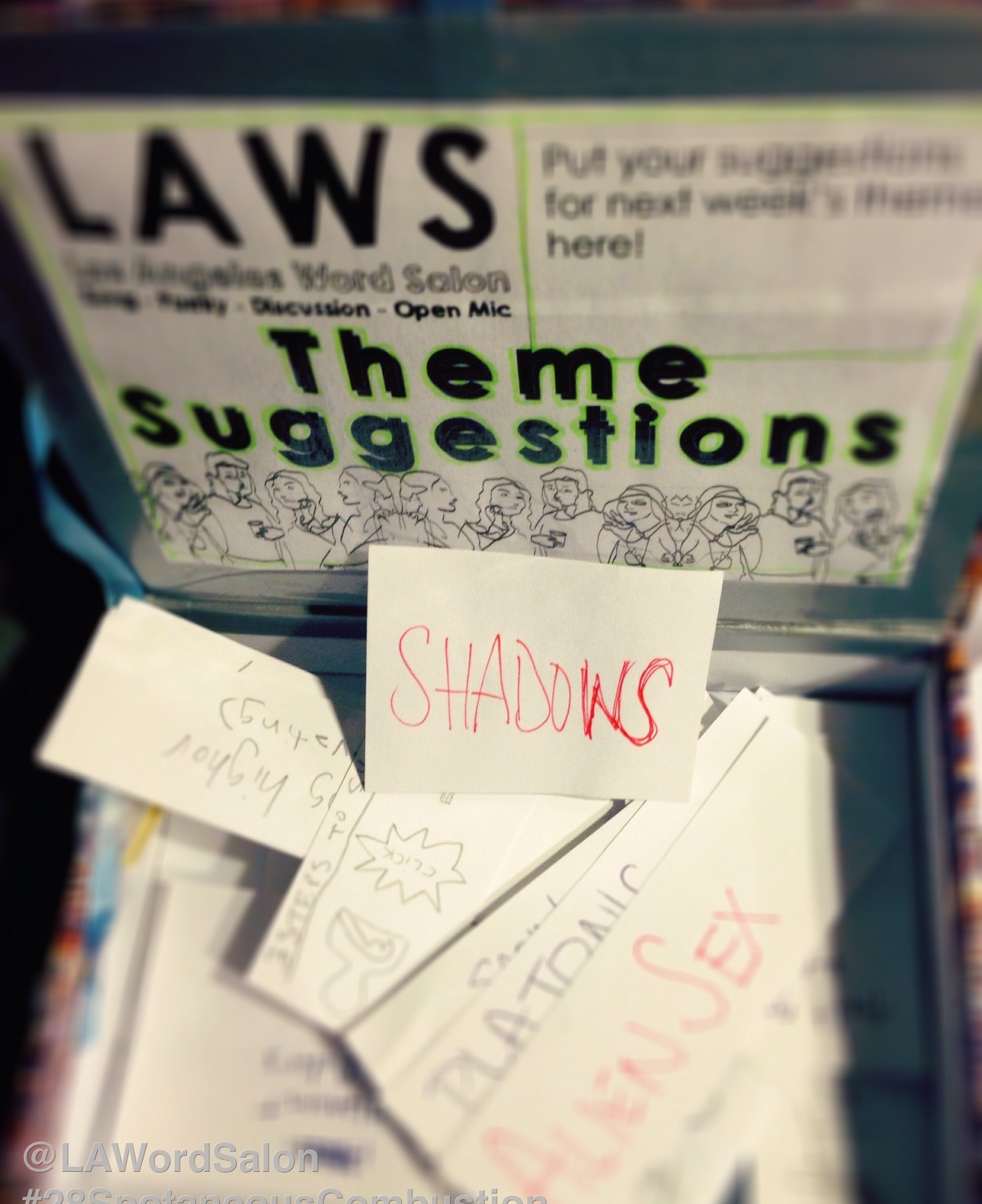 Here’s what we gathered.

Scroll to see what we chose!

Shadows!
And we handled it!  Check check out some evidence.

Now, a wee week later, we’ve sifted through a different set of theme suggestions and decided on….

See you in Echo Park on Sunday!