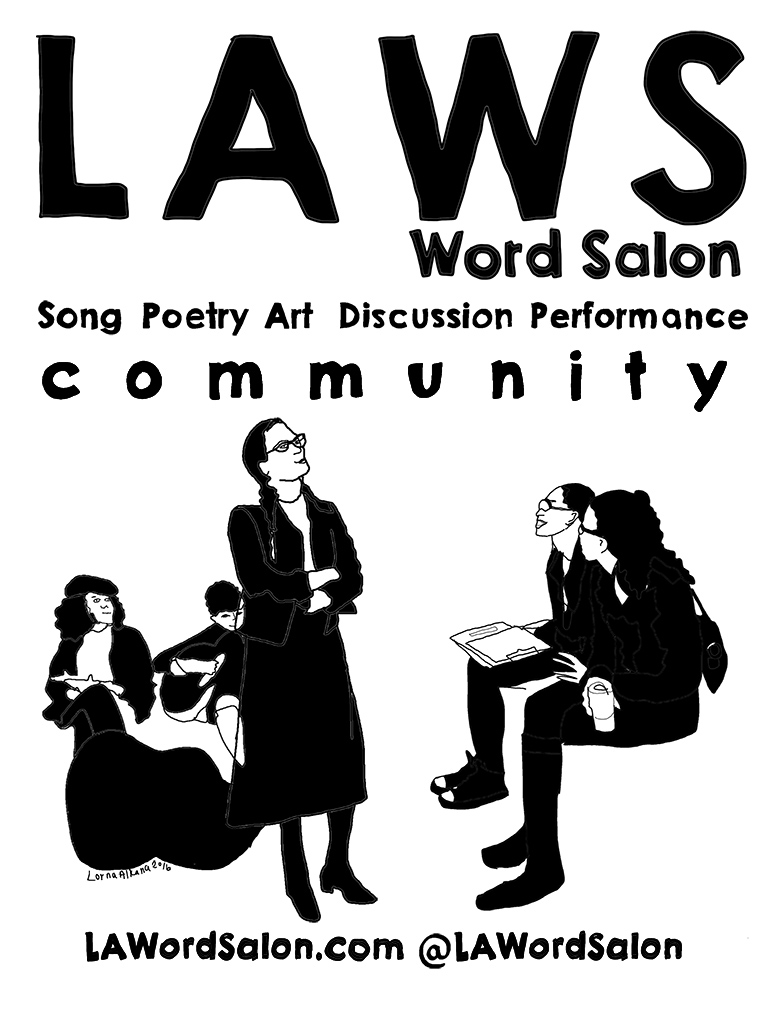 First of all, I want to give SO MUCH LOVE to all of the people who contributed to LAWS.  We had a great run!  I’m so happy to have gotten to get to know such amazing artists and to witness their performances.

The salon began as meetings on Sundays at 1836 Sunset Studios in Echo Park, Los Angeles (CA) in January, 2015.  The community gathered and grew on Sundays as LAWordSalon open-mic events to March 2016.

#LAWSout on Instagram showcases performances and people who have something to say.

The people who made it work: